The LaBlanc/St John Family conducted a wonderful ceremony of Love and Wisdom for our beautiful sister, Louise LaBlanc who passed away in her sleep in Minneapolis, Minnesota on August 25th.  The Dakota Nation drum sang some great songs for her and us. Butch Felix sang a couple of George Jones songs, her favorite singer and gave us a very insightful and powerful look into family and dealing with sorrow.  John   Eagle and his 96 year old Mother, Iona Eagle prayed and gave us wise words and explanations of Heipa, Mountainhead being home to all of us in the north.  I hadn’t seen John in Fifty years, we both been all over the world and didn’t bump into each other until a funeral for a relative.   Phil lead many of us with the details one has to undertake to have a funeral,  so many helped, which is the way, it must be done, Tammy wrote the obituary card and got food funds from the Tribe as a Blanket they donated, Thank you for that.  MoMo and the Spencer Wanna and Donovan Keeble family lead the cooking, there was so much good food.  Randy White drove all the way down to the cities to pick up Mike,( Louises’ only child) as he did for her so many times.  Pallbearers were all young members of the large family tree, they even rode the quarter mile ride from the Heipa Community Center to St Matthews cemetery, she was laid to rest beside her Mother, Celeste and her Brother Ed St John, in a limo from Chillison Funeral out of Winstead, Minnesota, who picked her up and brought her home.  We buried her, with song and prays, at home and in peace.

The Floods of Houston burys so many under water, such a disaster, heard from friends that they were spare damage and harm, but,  praying for those suffering.

Upon my return, was contacted by media about the ‘Scaffold’ issue from the Walker Art Center.  The Dakota Elder council has been working to find solutions and alternatives, and in consultation with Arvol LookingHorse, the Keeper of The Sacred White Buffalo Calf pipe and other spiritual advisors, and due to the many descendants and vast territory we now occupy after the 1862   War and Mass Execution, we all Dakota were terminated from Minnesota by law and forcibly removed.  The Walker Art did not consult the Dakota Community before putting this installation to perk communication about capital punishment, and create a public structure to have children and people lounging and playing on replica, the Dakota and overall Indigenous community, lead a protest and negoiated a take down of the gallows, and lead by 12 Dakota Elders, conducted this, and taken down by descendant constuction company and Indian workers, were left with much wood, appox. 51 tons of wood, there was some who favored burning it, some just wanted it gone, some wanted to bury it, some tried to gather a consensus, and reach out to the many bands of dakota and descendants, some in Canada, Montana, North & South Dakota, Nebraska and Minnesota plus many in urban areas all over, there will be meetings and discussions pending, we, need to find consensus, we need accountability from the Walker Art Center, and Art world of Institutions and the city of Minneapolis government and park system, we need to establish ground rules, advisory units that actually are listened to, we need to have reassurances for our children that trauma and shock will not be allowed and present as viable art, that fake and non members can take the Indigenous Estate and make money and distort the truth even more than the past, it is a fact of history and record, Minnesota has been a genocidal and racist past and present day.  It will take some time, it will take some effort, it will take the will of many to work together, to help establish and correct this ‘Scaffold’ tradegy, if that is even possible.  There was a agreement to store the wood for three months, with the Walker Art Center covering the cost.  It will take us longer than three months to resolve this matter, so it is regrettable that more input and discussion wasn’t made available for the one community meeting at All My Relations Gallery, and two Elder meetings with the Walker Art Center staff and board members with Minneapolis Park board.  But, there will be meetings to discuss this matter, as well as fake Indian Art, non-Indians putting out art as Native, the institutional racism of mascots in sports issue, we felt to bury this wood, was a positive approach to a negative issue, to assist in the healing of the tragic issue, rather burn a negative on negative, to sit and do nothing would not add the reaching of real issue here, that is the genocidal racism that dominates the contempory reality and that the Indigenous Natives need to create and maintain a voice and permanent source of  inclusion in a world that acts without us and like we don’t matter, the national question is what to do with the Indigenous has not  been answered from day one, This can be blamed on Columbus and all colonial systems that have carried business that shows the despicable treatment of the original people. We bury this wood from this horrendous art to begin dealing face to face, with truth and history on our side, with direct connection to the art and to this land, air, water and all that is here.  We will speak, listen, act and work to correct this injustice, the Indigenous Natives have endured over 500 years of neglect and abuse, the time is now to bury that, and that we shall!  Sorry, about going public, but, we want to bury the wood to begin the real issue.  Our right to be who we are, the original voice and people of this land, the older relatives, we shall be heard and we shall deal with this racism…Tatanka Ohitika-Sisseton-Wahpeton Dakota

Really not that hot or dry, Houston flooded, Harvey heading to New Orleans, have to bury Louise LaBlanc this week, just did Open Streets on Franklin Avenue this past Sunday, was very nice, rain waited till the end, getting ready for The Buffalo Shows to begin the Fall episodes starting the 26th, my friend from New Orleans days, who now lives in Peru, visited for the weekend was so nice to spend some talking about the then and now with him. My youngest son got married last month, so happy for him, my granddaughter got her Dakota name, Shining Star Woman and her Father is doing good on the Pow-Wow trail, dancing and directing. Saw many relatives at the Shakopee Wacipi, went to the Minnesota State Fair to listen to the Pines, what a great group, so talented, did a performance with Martin Dosh, James Everest Karen Towensend @ Midtown Farmers Market last Sat. as guest of Jeffrey Skemp a poet who is doing great new material. The UnHoly tour that was on Franklin Ave, we left some cut flower design for missing and murdered Indigenous, like Savannah Graywind, and all those affected by mass incarceration. Dakota Blue, Nakota bluesman, did great show with his music friends, he called ‘Family Affair’, young ojibiwe musician Jake Vainio, did a moving performance with singing and backed up the old buffalo poet, Colleen Casey and Rosie Peters did some poetry, it was a great day. Tim Blighton did fabulous chalk drawings of Buffaloes and wolf tracks up and down the cultural corridor, they will be there for some time.  Wakinyan & Thorne LaPointe sang some Lakota Prayer Songs and prayed for us all, such great young role models for us all.  Just thought, i put down some random thoughts…What a jerk we got running this country, really shows how stupid stupid can be. Nuclear war is so close, facism & racism growing with the alt right leadership of this president. It is so sunny today, not too hot, and happy that I’m feeling fine, so many in my family are not, some have had such great sickness. We did flower power in Indian Mounds Park for mass incarceration and did sunrise ceremony for old ones there. Have been selected to so some national performances, one of the Dakota Elders dealing with the Walker Art Center regarding the ‘Scaffold’ issue, presently in storage, working on getting decisions from the Oyate. Receive some monies to begin dialogue. Just happy and sad at the same time, old dogs don’t learn new tricks, but love bark at anything and everything…Im so happy with life, i bark all the time… 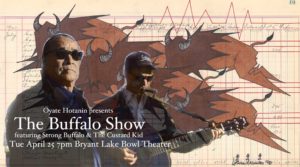